Desert Mountain Club held their Annual Meeting this week. During the meeting it was made very clear by the board that they are working hard to increase the exclusivity of the club. In doing this they have created strict guest policies and will be enforcing them from now on. They 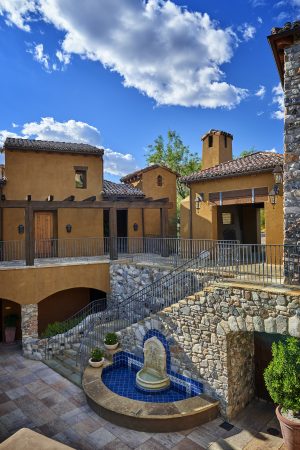 feel this will help create a more exclusive setting.

It was also stressed that they will be bringing the club into the 21st Century by updating their use of technology. The plan is to increase community exposure online as much as possible by improving the club websites and starting various social networking pages.  It’s no secret that in the past Desert Mountain has not done much online marketing to increase their brand awareness. This could significantly help increase the interest in the community.

The Club President, Bob Jones, was very firm when he spoke about the LLC’s that many members were previously putting their memberships in. LLC’s have been used in the past by members so that they could sell their membership on the open market and avoid the club’s surrender list. They have tightened up the loop holes and will absolutely not allow a membership to be transferred in this manner. He also made it clear that they have no intentions of offering memberships to the general public. You must own property in Desert Mountain to join the Club.

It was very assuring to hear that the club currently has a very strong balance sheet. They have already exceeded their original budget plans that were laid out prior to turnover. The most beneficial addition to the club’s finances has been the addition of the real estate sales office. The revenues from this office alone have brought in almost $3 million.

In addition to the main topics of the meeting, it was also mentioned that there will be some significant changes made to the HOA CC&R’s. These have not been updated since 1986 and really need to be brought up to date. The plans for the Northern properties and many other additions to the clubhouses were discussed but nothing has been through the planning stages. These items will start to develop over the next few years.

If you would like to learn more about Desert Mountain feel free to contact me. I specialize in representing buyers in the best golf clubs in Scottsdale.

Voted in the Top 3 Realtors in Arizona every year 2015-2022, by Ranking Arizona Magazine. Her background as an Attorney gives her special expertise with contracts and negotiations. Carmen has a proven track record of success with buyers and sellers in Scottsdale.

Whether you are buying or selling, we are committed to providing you with exceptional service. Put our experience to work for you. Contact Carmen Brodeur today at Carmen@TopScottsdaleHomes.com

We are conveniently located in North Scottsdale.